The China International High-tech Fair (referred to as the China High-tech Fair), held in Shenzhen every year, is currently the largest and most influential science and technology exhibition in China, and is known as the “China’s No. 1 Science and Technology Exhibition”.
All participating companies in this year’s Hi-Tech Fair are high-tech companies that have withstood the test of the epidemic and maintained a steady growth trend.
Blue Whale Intelligent Robot (Shenzhen) Co., Ltd. exhibited two products, “Galileo Navigation System” and “Chitu Trackless AGV”, both of which received widespread attention. The Galileo visual navigation system is a navigation product aimed at the upgrading of traditional robot companies. It can enable robots to realize the function of trackless navigation and obstacle avoidance. It is a weapon for the upgrading and transformation of traditional companies. The navigation system uses the most advanced monocular vision navigation technology to maximize the cost-effectiveness and facilitate the commercialization of the robot industry.
Chitu trackless AGV uses Galileo vision navigation technology, which can be modularized for different scenarios. It is a universal robot chassis.
Let’s take a look at the booth of the Blue Whale Intelligent Robot! 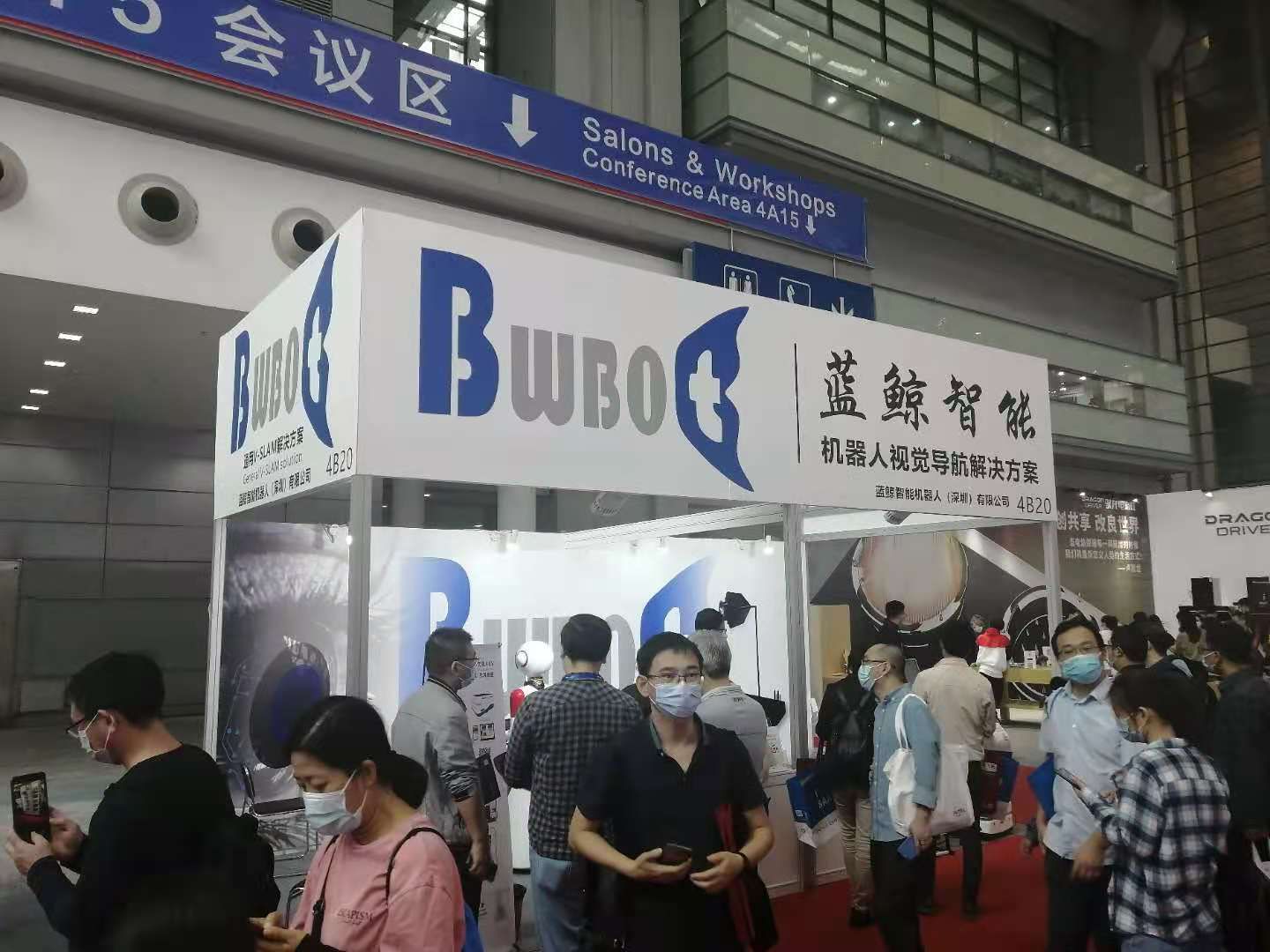 The booth area is 18 square meters, and it is located diagonally opposite the central booth. The exhibition site is crowded with people, and the visitors are actively inquiring, which is overwhelming.

This is a food delivery robot that uses the Galileo navigation system of the Blue Whale intelligent robot. It has been promoted in batches and is favored by restaurants everywhere.
The following is the demeanor of the blue whale intelligent robot exhibiting team. We will work harder to develop and promote the core technology of robots and make further contributions to the commercial application of the robot industry. Thanks for your attention and support!